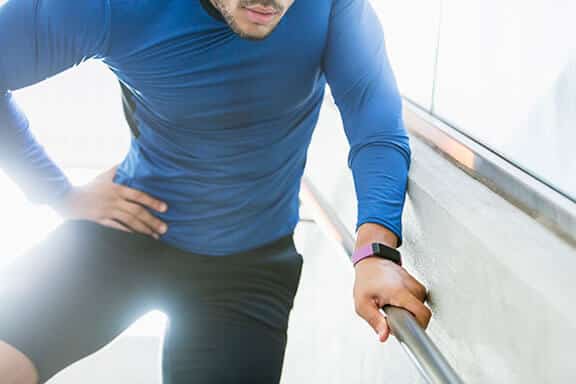 A hip fracture is a break in the upper one-fourth of the femur or thighbone. Currently, there are over 350,000 hip fractures occurring yearly in the United States and by the year 2050, that number is expected to climb to 650,000. Women have almost 3 times the number of hip fractures as men, but the mortality rate of men with these injuries is twice as high as seen in women.

Displaced femoral neck fractures usually require a replacement prosthesis while both intertrochanteric and subtrochanteric fractures are usually stabilized with a rod & screws or a plate & screws.  Non-displaced femoral neck fractures can be managed non-operatively but must be X-rayed frequently as there is a significant risk for future displacement requiring a prosthetic. Operative intervention for patients having sustained an acute hip fracture is preferable within the first 24-48 hours after which an early rehabilitation course should begin. In cases such as these where surgical intervention is delayed, there is a greater likelihood of morbidity and mortality.

A high percentage of hip fractures are considered fragility fractures or injuries related to osteoporosis. Any individual over the age of 50 who sustains a fracture as a result of only modest trauma (i.e., fall from standing height) should be screened for osteoporosis. Calcium and vitamin D taken daily, encouraging weight-bearing exercise and/or weight training, smoking cessation, and avoiding excessive prolonged alcohol intake are preventative measures for osteoporosis. Medication such as bisphosphonates and calcitonin, along with newer medications just out or soon to be released has been shown to reverse osteoporosis and thus lessen the chance for future fractures. These pharmaceuticals should be strongly considered in individuals who have previously sustained a fragility fracture and are shown to have osteoporosis upon testing.

If you are living with hip pain or suspect you have a condition such as osteoporosis that makes you susceptible to a hip fracture, consider scheduling an appointment with one of our orthopaedic surgeons who can properly diagnose and treat your condition.

Info from this article gleaned from the aaos.org website.